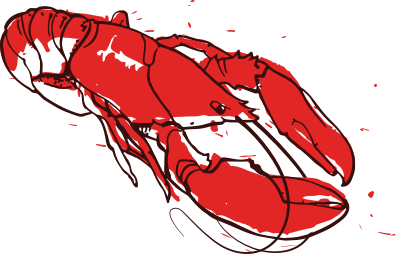 In 1976 the trio introduced Houston to crawfish boils in the parking lot. These crawfish boils created a springtime tradition for friends and family. The boils were such a success, Ray Hay’s Cajun Po-Boys started serving fresh Louisiana boiled crawfish right out of the little restaurant, becoming the first in Houston to do so.

Throughout the 1980’s and 90’s Ragin’ Cajun gained a reputation for having high-quality Cajun cuisine and the best-boiled crawfish in the city. Frank and Luke Sr. turned the Ragin’ Cajun into a well-known Cajun institution. Customers have been known to drive 100 plus miles to enjoy the exceptional taste of our spicy crawfish.

During the 2000’s, Luke Sr. and Frank teamed up with Mandola’s sons Luke Jr. and Dominic to expand the Ragin’ Cajun concept.  Luke Jr. and Dominic had  locations in the Westchase District, Downtown Tunnels, Sugar Land, TX and The Woodlands, TX.  In 2007, Frank Messina retired to Lake Arthur, LA., where he still resides to this day, enjoying the sweet Cajun lifestyle.

The Ragin’ Cajun is now a very recognized name in both Texas and the United States. It has been featured in People magazine, on NBC Dateline, the Food Network, and other various television and radio shows.  Luke Sr. and son Dominic carry on the Ragin’ Cajun name and rich family tradition of spreading love to Houston through their food. 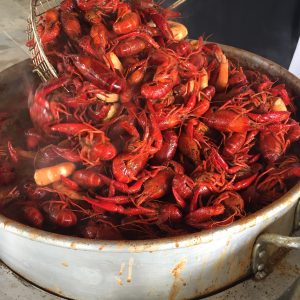 Serving the best in Louisiana cuisine for over 48 years. Home of Houston’s original shrimp po-boy and the Bayou City’s freshest crawfish.

Come on over, Cuz!